When my younger brother was in high school he really got into auto mechanics. There were always parts sitting around the garage, oil all over, and tools in the weirdest places.

He would always go to this tool store (which will remain nameless) that sold cheap tools.

He went there for the price of the tools but it would only last a few uses and then would break and he would end up re-purchasing the tool again.

It became a good lesson in the “you get what you pay for” type cliche.

Keep in mind the tools did perform for a short period of time but then would fail.

Conversely my grandpa who was an engineer all his life was meticulous about the tools that he bought. Although he has passed on now, to this day we still have some tools that were purchased tens of years ago.

My brother has since started buying for value instead of price, ha ha 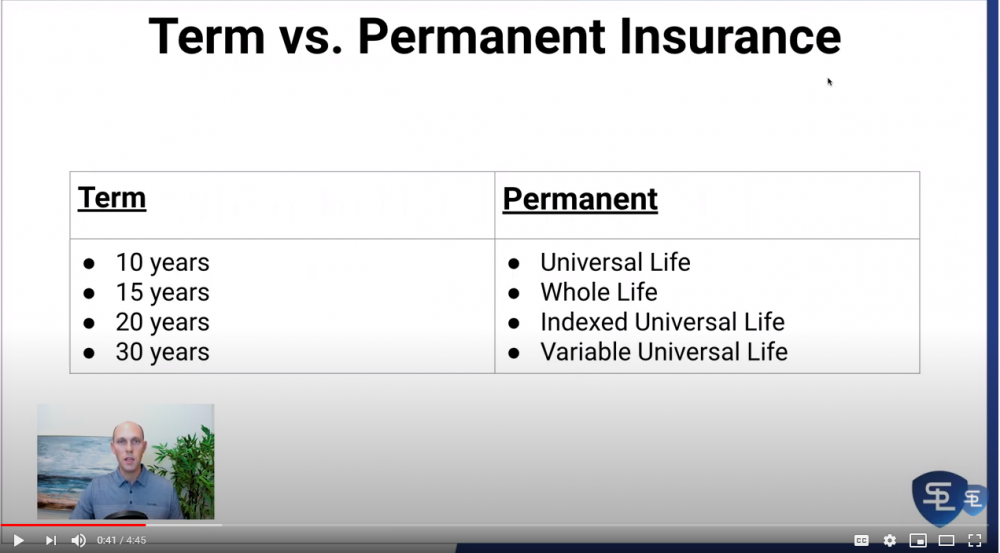 In today’s video message we are continuing on the life insurance series. More specifically we are talking about term coverage.

Term coverage has a place but keep in mind that 98% of term cases are never paid out to the policy owner.

Next week we will talk about turning your insurance “expense” into an “asset”.

Have a great weekend!