In 2017, the fidget spinner toy generated a lot of buzz…

Many kids all over the country wanted one because their friends had one.

If you were a parent of toddlers and even teens back then, you likely understand the pressure many kids put on their parents better than anyone else.

The toy became a huge fad.

At a point, it accounted for 17% of daily toy sales – which is a relatively big figure.

Here’s pictorial proof of that figure: 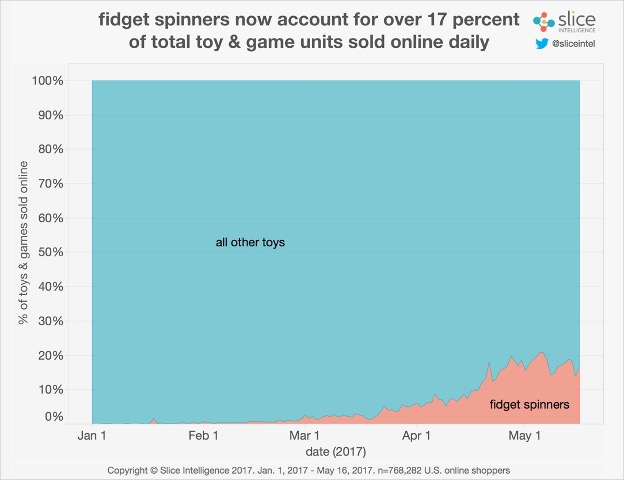 Soon, it became a forgotten item as a new toy became the fad and kids gravitated towards the new one.

Similarly, I see many people gravitating towards the shiniest object on the block when it comes to investing.

A lot of folks prefer to chase after the largest egg nest – which I think is the shiniest object in the financial world.

They hear of new strategies that promise large returns within a short time, and they get attracted to it.

It’s a precarious strategy because more often than not, many of the people who chase these options usually end up with empty bags.

It’s why I always recommend you to focus on cash flow – especially one that can produce income for life.

Would you rather have your money producing decent returns for you year after year or chase after large returns that may likely leave you with nothing?

If the former is your preference, shoot me a mail, and let’s talk about how you can set yourself up for consistent, long lasting cash flow.